Daniel Granados obtained his BSc (2001) and MSc (2002) in Physics from the Universidad Autónoma de Madrid (Spain). He then joined the Molecular Beam Epitaxy group at the Instituto de Microelectrónica de Madrid-CSIC (Spain), where he obtained his PhD in 2006 under the supervision of Prof. J.M. García. In 2005 he was visiting scientist at the Nano-Optics group of Prof. Richard J. Warburton at Heriot-Watt University, Edinburgh (UK). He then joined (2006) the Quantum Information Group of Prof. Andrew J. Shields at Toshiba Research Europe Ltd, Cambridge (UK) as research scientist. During this time he was also visiting scientist and collaborator of the Semiconductor Physics Group, headed by Prof. David Ritchie, at the Cavendish Laboratory, Cambridge (UK).

In September 2009 he joined IMDEA Nanoscience as tenure-track scientist and as main supervisor of the construction and start-up of the Centre of Nanofabrication. In 2014 he obtained a Ramón y Cajal fellow- ship and was tenured and promoted to Senior Researcher and Director of the Centre of Nanofabrication. Since December 2015 he is also Executive Director of Scientific Infrastructure.

The group has varied interests in nano-photonics, near-field microscopy & spectroscopy and quantum devices. 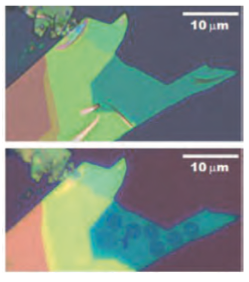