IMDEA Nanociencia will coordinate a prestigious Synergy Project -funded by the European Research Council in 2020.

The European Research Council (ERC) decided in 2018 to reintroduce a major grant programme to promote the synergy of research groups working in complementary fields. Its aim is to support close collaboration between groups leading to a fruitful cross-fertilization of disciplines capable of producing innovative results on problems of high scientific relevance.

The Synergy consortium TOMATTO has two nodes, one located in Italy led by Prof. Mauro Nisoli from the Polytechnic Institute of Milan. The other in Madrid, led by, on one hand, Prof. Nazario Martín Professor of Chemistry at the Complutense University of Madrid and Deputy Director of IMDEA Nanociencia, and on the other hand by Prof. Fernando Martín, researcher at IMDEA Nanociencia and Professor of Chemistry at the Autonomous University of Madrid who is the coordinator of the project.

The objective of the grant is to finance a multidisciplinary effort to explore the processes that occur in the interaction between light and organic matter (molecular organic optoelectronics) on an inconceivably small time scale: the attosecond, which is a unit of time equivalent to one trillionth of a second (10-18 s), hence the acronym of the project TOMATTO. 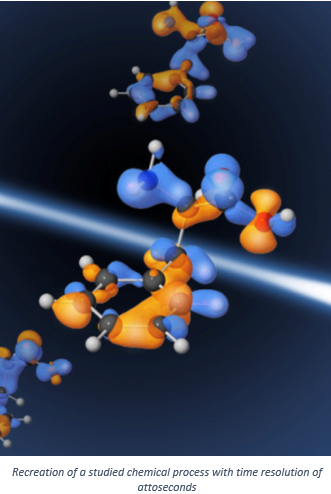 Why is the attosecond time scale relevant? The transfer of photons and electric charge induced by light in organic matter are fundamental processes in nature that form one of the most relevant bases of the functioning of our planet. Take for example photosynthesis, an important process for living organisms because it is the first source of oxygen in the atmosphere. Without photosynthesis, the carbon cycle could not occur, life requiring oxygen would not exist and plants would die. Green plants and trees use photosynthesis to make food from sunlight, carbon dioxide, and water in the atmosphere: it is their main source of energy.

For years scientists have been investigating how to produce synthetic materials of an organic or hybrid nature capable of reproducing photosynthesis and other similar electronic transfer processes that could open the way to new devices and applications. However, until now, the development of these technologies has been limited because the first stages of these processes occur on an immensely short time scale of attoseconds, a time dimension that except for very small molecules has remained hidden until now. The aim of this project is precisely to study those unknown initial steps and to contribute to the development of a new technological paradigm.

The development of the project will provide clear films of the transfer of electrons and charges induced by light of the visible and ultraviolet spectrum with unprecedented temporal resolution in order to design molecular materials with improved optoelectronic properties (with more efficient, faster and longer range electron and charge transfer). To this end the experimental tools of nanoscience will be extended to this time scale, far beyond the state of the art, and will be complemented, in a synergic way, with the most advanced methods of organic synthesis and computational modelling.

This ambitious process cannot be carried out by a single research group as an extended and deep knowledge of all its aspects is required (organic synthesis, design of optoelectronic materials, advanced laser developments, science of the attosecond, non-standard computer modelling, advanced quantum physics, etc.). The TOMATTO consortium covers all of them: Prof Mauro Nisoli is a laser physicist, pioneer in the generation and application of ultra-short pulses; Prof Nazario Martín is an organic chemist, recognized expert in the synthesis of new organic materials involving photo-induced processes; and Prof Fernando Martín, principal investigator and coordinator of the consortium, is a theoretical chemist, developer of the necessary new computational methods. All of them had previously seen their work recognized by the ERC itself with the awards of an Advanced Grant to each. Both Fernando Martín and Nazario Martín received, in addition, the Rey Jaume I Prize in Basic Research in the previous years.

According to Prof. Fernando Martín " Understanding how light interacts with matter on the attosecond time scale and how the ultra-rapid motion of electrons depends on the molecular structure, are in themselves extremely important scientific objectives. The ability to understand and control these processes on the time scale of attoseconds offers the possibility of opening up new research fields beyond the scope of the project. In particular, we foresee important applications to the study of light-guided processes in a variety of both natural and artificial structures, ranging from systems of biological interest, to advanced materials with new functionalities.” 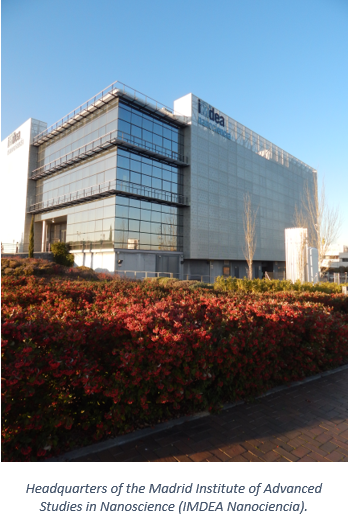 In very few regions of Europe can you find an ecosystem of research and innovation as fertile as that offered by all our universities, hospitals, IMDEAS and other research centres. Thanks to the effort made by the Community of Madrid, our region is among the most advanced in Europe in Nanoscience and Nanotechnology research, a cross-cutting scientific and technological area that is fundamental to our economic development. The IMDEA Nanociencia institute is an international centre specially designed to develop frontier research in these areas. More than 200 physicists, chemists, biologists, physicians and engineers work at IMDEA Nanociencia, recruited through global calls for proposals and selected by an International Scientific Committee. These multidisciplinary scientists contribute to solve problems and social issues of great strategic importance for companies and other public institutions, based on a better understanding of phenomena that occur at the nanoscale.

IMDEA Nanoscience collaborates closely with the network of universities in Madrid, with the main centres of the Spanish National Research Council (CSIC) and other research bodies, enabling members of these institutions to join our Institute's research groups and work in its laboratories and infrastructure.

In the words of Prof. Nazario Martín "it should be noted that the initiative of the CM to convene in 2018 grants for the implementation of R & D Synergy Projects, encouraging the beneficiary groups to submit proposals to the ERC Synergy Grants has been essential to achieve this success. IMDEA Nanociencia has actively participated in two of these CM synergy projects which have been an essential platform for attracting an ERC project of this size to Madrid.”

Prof. Rodolfo Miranda, Director of IMDEA Nanociencia and Professor of Physics at UAM added "the scheme offered by our Institute is the ideal basis for coordinating this ERC Synergy consortium which represents for the Institute, and equally for both universities, an important qualitative leap from which Madrid as a whole will benefit by attracting competitive funds and human capital to our region."

This email address is being protected from spambots. You need JavaScript enabled to view it.